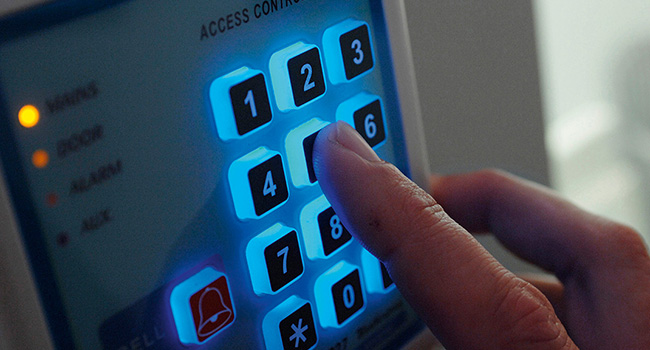 Smart Technology Can Make Or Break A Smart City

Smart cities are the need of the hour and they have to adopt and take advantage of information, communication technologies and data analytics to improve the management of traffic, solid waste, energy, water and citizen services.

Nestled in 330 acres of sylvan surroundings and home to over 5,000 residents, India’s Rashtrapati Bhavan is being given an ‘intelligent’ makeover with smart technologies and devices like smart meters and smart security, water and waste-management solutions besides smart citizen services.

To ensure that all these services are connected and work seamlessly but without destroying the iconic institution’s heritage, the self-sustained presidential estate in New Delhi now has an Intelligent Operations Centre (IOC) that was launched by President Pranab Mukherjee on 19 May.

The IOC system, implemented by International Business Machines Corp. (IBM), has been integrated with the electrical billing system to provide data on consumption patterns of consumers, public and common areas within the estate. Given that Rashtrapati Bhavan consumes over 100,000 units of electricity daily, the move will help optimize energy management.

Additionally, newer eco-friendly technology such as solar power, LED lamps for street lighting and other applications to reduce energy consumptions are deployed. IBM has also mapped all water domain assets such as underground water reservoirs, pump locations and tube well assets the entire water distribution pipeline on a Geographical Information Systems (GIS) layer to enable faster diagnostic and resolution of water incidents, and allow residents to track complaints in real-time.

IBM has also mapped waste management from waste bin collections, rickshaw routes, disposals, landfill, and processing onto its IOC system. A mobile app platform assists teams in maintaining a cleaner estate. Besides, a Citizens Mobile App, created by IBM’s IOC allows residents to report issues using the web and mobile. The data will be supplied to city offices which can use the insights to make informed decisions.

“The move to convert the Rashtrapati Bhavan into a smart city is unique not because of the significance of that institution but because we also had to preserve its heritage, which means that we could not simply redo the place and put up a lot of instrumentation that would mar the look of the place,” Prashant Pradhan, director-smarter planet business, IBM India and South Asia, said.

As with the work done in the Rashtrapati Bhavan, a poster-boy for the government’s Smart Cities vision, a typical smart city would take advantage of information and communications technologies (ICT) and data analytics to improve the management of traffic, solid waste, energy, water and citizen services. While smart transportation can reduce traffic congestion and air pollution with the help of parking meters and sensors, enhancing surveillance systems can reduce the crime rate and create a smart public safety system. A smart city’s power distribution infrastructure would be built on smart grid technologies and integrated with power demand patterns and grid supply variations.

Cisco Systems Inc. has been collaborating with several state governments in India for Smart City projects across areas like surveillance, smart cities, automation, etc. Cisco recently named Jaipur as the first Smart + Connected Community Lighthouse City in South Asia. The Cisco Lighthouse City status credential is assigned to a select list of cities all over the world.

Microsoft Corp. has partnered with the Surat Municipal Corporation (SMC) in Gujarat to transform Surat; the hub of India’s diamond trade into a smart city. Surat is the fourth-fastest growing city in the world, with a population of 5 million and a business hub that processes 80% of the world’s diamonds and meets 40% of India’s demand for textiles, according to Milind Torawane, Surat’s municipal commissioner. SMC is working with Microsoft and its partners to develop solutions for water management and urban planning (building plan approvals). Surat has already implemented several e-governance and citizen-centric solutions developed on Microsoft technologies, including those for property tax and revenue collections and material management. Microsoft has also created a city dashboard that provides a customized view of key performance indicators for the city.

Palava’s smart technology, for which it has partnered with IBM, also extends to 500 surveillance cameras that capture real-time data and, in future, will support face recognition for entry and have panic alarms every 200 metres. A smart card given to all Palava citizens will allow cashless transactions at retail centres, access to bus service, public Wi-Fi within the city’s premises, buildings and commercial points of entry.

The fact that cities are bursting at the seams is not lost on Prime Minister Narendra Modi’s government, which, on 29 April 2015, signed off on a plan to create 100 ‘smart cities’ and the rolling out of a new five-year urban development mission for 500 cities. The combined cost: Rs.1 trillion. This January, the government selected 20 cities, including five state capitals, to launch its larger urban makeover plan—the first phase of the larger plan to set up 100 smart cities. The next round of the competition is to select 40 cities this year.

To be sure, there are major challenges that the government needs to address as it goes about the task of building smart cities. Besides, building a smart city is “not always about IT but is more about smartly designing a city” according to Jaijit Bhattacharya, partner, infrastructure and government services, at consulting firm KPMG.

Bhattacharya pointed out that most of the work that technology companies are doing for the designated smart cities so far has been ‘pro bono’, implying that now tenders will have to be floated to execute the projects. According to Bhattacharya, a “command and control system (referring to the IOC) is important but there is also a need for a common IT architecture for all states, failing which they (the states) will have to retrofit this”.

Another hurdle is that India has a federal democratic structure, so it needs the cooperation and coordination of states, coupled with that of urban local bodies, to build smart cities.

Read more to find out how Palava has adopted smart technology for a brighter future on Palava’s website.

Let us know what you think of this article by leaving your comment below.