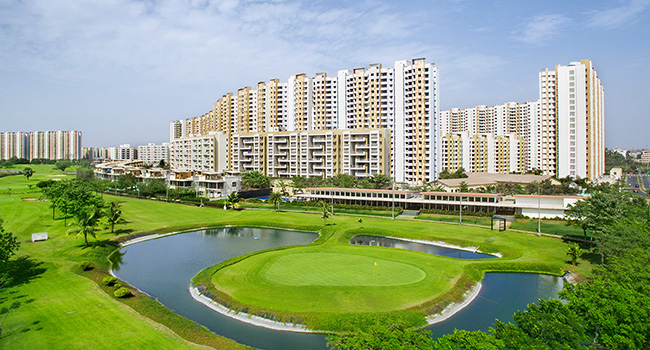 ‘With the growth of a city, the country prospers.’ Today, India is on the trajectory of redesigning its cities to make them citizen-friendly and sustainable. The Government of India has launched ‘Smart Cities Mission’, an urban renewal and retrofitting programme, to develop 100 cities across the country. As the Ministry of Urban Development in India works towards shaping the identity of its cities, Palava Times spoke with Senior Urban Planner for the World Bank, Washington DC and former Mayor for Madrid’s Central District, Pedro Ortiz for his insights on the essentials to design a ‘livable’ city and best practices for its successful growth.

How would you define ‘livability’ in a city?
The concept of livability is culture-related. Every culture will look for different items as the goals for quality of life. If you focus on ‘comfort’, which is most sought after by us, I would say five key essentials that define livability are housing, job opportunities, environmental quality, recreational opportunities and GDP. Housing facilities ensure ‘zero’ annual housing deficit, therefore, eliminates any slum percentage. Job opportunities ensure restriction of the unemployment rate. An ideal rate of unemployment should not be more than 3%. Environmental quality is a crucial aspect of every city as it impacts health and well-being. A city should aim to have its citizens enjoy a life expectancy of 79 years for men and 85 years for women. Most importantly, cities should offer recreational opportunities where citizens can pursue their hobbies while managing their professional commitments. ‘Walk to work’ should be emphasized upon by every planner. An ideal time to commute between work and home should be not more than 30 minutes every day. Lastly, a city’s wealth is a global indicator of livability. If a city’s GDP per capita is in the range of 30,000 USD, it is said to be a good performer.

Which global cities, according to you, have etched a mark for their livability quotient and why?
The most livable cities in the world are the ones in Northern Europe. According to me, the most sought after ones would be Copenhagen, Stockholm and Oslo. They have attained equilibrium between efficiency and equity within a sustainable framework. While some may critique them to be monotonous and lacking culture, they are very efficient and rationale. I mentioned earlier that livability is related to culture, therefore, you see the Italians or the Colombians or the Rwandans prefer to live in their own cities. I strongly recommend that while building cities, we should concentrate on personalizing their infrastructure to make them livable and not simply replicate solutions of others as that may probably not work for us. In simple words, I believe one should be inspired, but should not blindly replicate.

Is the growth of a city and its citizens directly proportional to its livability quotient?
Cities or metropolises grow because they offer hope. Citizens can expect more from one city over the other. People move from rural to urban (350,000 every day in India) because they are looking for a better life with work opportunities and housing options. One changes his or her existing culture and location in the hope that their children will lead a better life in the new place. I believe cities grow because of their ‘expectations’ quotient, not because of their livability.

If not, what is most essential for the growth of a city?
A city with a strong framework and sustainable facilities will always grow. The responsibility of the city managers is to make cities livable and to build them within a sustainable framework. Once things are set right, cities will organically attract people and grow. For the growth of any city, its managers, which means its politicians and civil servants should primarily grow a sound economy that will produce jobs and wealth, provide decent housing that is affordable, well-located and equipped with all the social facilities and ensure fair distribution of city wealth.

How has urban planning evolved?
In the 70s the trend was computational analysis, in the 80s it was community action, the 90s saw conservation of environment, the last decade witnessed bottom-up participation and presently it lies with climate and technology. Today, those concerned with social equity are focusing on sustainability, resilience to food risks and climate change. Those aiming to enhance economic efficiency are focusing on smart cities. I personally feel rather than focusing on a different aspect every decade, we should integrate and focus on them together as that will be more impactful for the citizens.

What is your opinion on cities in India? Do you have any suggestions for them?
India is a remarkable country; its cities are beautiful as they reflect the incredible Indian culture. Indian culture is among the top six cultures of the world today. But Indian cities are under enormous strain due to the explosion of growth in the country. To ease the strain, cities must harness the growth. They need to plan better by focusing on city statistics such as the annual need of housing land services and availability of mass public infrastructure to sustain its population growth. It should strengthen its public administration efficiency and finance capacity. India’s political leadership and collective intelligence of the society can help better cities by putting their priorities right.

How would you design a ‘city’ in India?
I would design with intelligence instead of smartness. I would ensure the fundamental concepts are got right before thinking which technology would be the best to achieve the intelligent goals. It is important to first ensure the basic amenities are provided and then turn focus on using technological smart instruments to further enhance the design of the city.

Which has been your most memorable urban planning projects and why?
From 1996 to 2016, I was given the responsibility to create the Metropolitan Planning of Madrid. It addressed the needs for housing land and public transport for the Madrilenian and it worked very well. I hope the Mumbaikar’s will benefit from the same results out of the recently approved regional plan announced by the Indian Government.

Pedro Ortiz has previously served as Deputy Director of the Council of Architects of Madrid and Director of the Institute for Urban Renewal, a joint venture between the public and private sectors in Madrid. He was also the Founder and Director of the Masters Program of Town Planning of the University King Juan Carlos of Madrid. He is also a member of the Madrid’s City Council (1987-1995) where he was responsible for Urban Prospective (1993- 1995) and for Culture (1991-1993). He served as Director of the “Strategic Plan for Madrid” (1991-1994) and as Director General for Town and Regional Planning for the Government of Madrid Region. He has authored two books, “Regional Development Plan of Madrid of 1996” and the “Land Planning Law of 1997.”

Read more on this work at www.pedrobortiz.com/